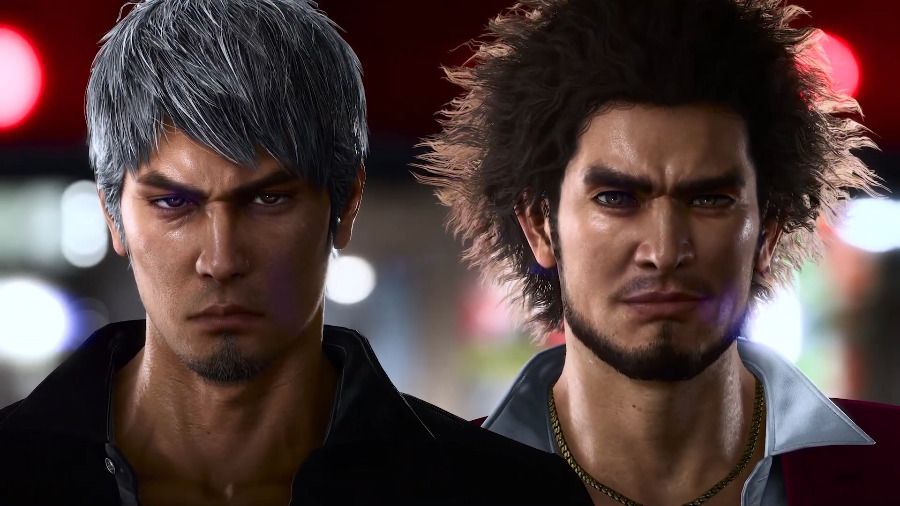 We got our first official look (that is, our first look that didn’t come via monitors in the background of a YouTube video (opens in new tab)) at Yakuza 8—which appears to be officially just called Like A Dragon 8 now, even in the west—during the Ryu Ga Gotoku Studio summit today. Ladies and gentlemen, Kazuma Kiryu is back and he too has made startling and dramatic decisions about his hair.

The trailer doesn’t reveal too much. It features Kiryu and Ichiban strolling purposefully down the streets of Kamurocho as weighty voices at the edge of hearing intone solemnly in (unsubtitled) Japanese. Eventually, Kiryu says that he and Ichiban “don’t have a choice,” to which Ichiban responds, “Guess it’s hero time!” And then, well, there’s a close-up that reveals our beloved Kiryu has gone full DMC’s Nero (opens in new tab) with his hair, which is now cropped short and turned aggressively, indiscriminately white.

And that’s pretty much all you get, at least from the trailer. Ryu Ga Gotoku did reveal a little bit more about the game at the summit. You’ll be switching between two protagonists—Kiryu and Ichiban—this time around, and the game will continue with the turn-based RPG style that the series adopted back in Yakuza 7, which the studio had announced previously (opens in new tab). The developers also noted that this would be the “largest game to date” in the series. To be honest, I’m not sure if that prospect is enticing or terrifying.

Yaku—excuse me—Like A Dragon 8 will release in 2024. The game is still very early in development: RGG’s Masayoshi Yokoyama said at the summit that the company was still in the process of recording dialogue. We liked Yakuza 7 (opens in new tab) quite a bit, but noted that it was “one of the most uneven Yakuza games in the series”. Here’s hoping the next game irons out the kinks a little bit.